It’s been lovely to return to some sort of normality in 2021 particularly when more of the Cheese Competitions recommenced.

This year we have been very proud of our award and accolades.

In July we won 3 Gold and 2 Silver Medals at the Devon County Show. Again it was our Vintage Cheddar which outshone the other entries – winning The Show Champion’s Cup too! 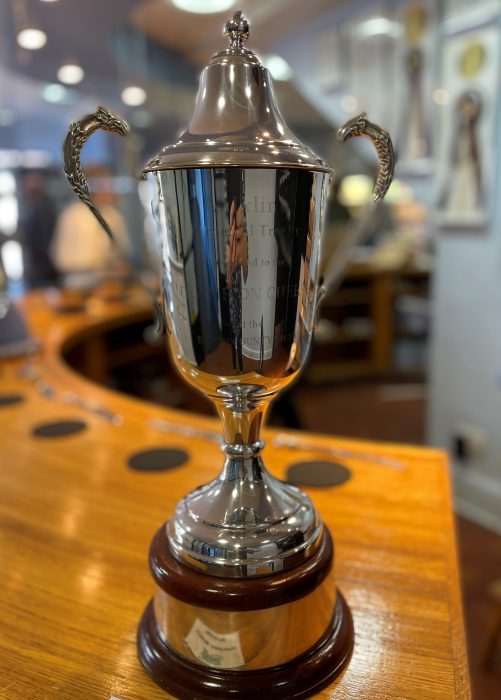 In September 2021 we saw the return of the Global Cheese Awards held at The Frome Cheese Show which has been held each year since 1861! Here we won 2 Gold Medals (our Mature and Mellow Cheddar), one Silver Medal (Vintage Cheddar) and 1 Bronze (Extra Mature Cheddar).

In November 2021 we were delighted to win a Silver Medal (Mellow Cheddar) and 1 Bronze (Vintage Cheddar) at The WORLD Cheese awards.

Award-winners include our  Vintage, Cave Matured, Extra Mature and Mellow – essentially all our authentic cheddars; made with raw milk and long-matured in cloth. These accolades really do confirm that taking the time to make cheese by hand with local raw milk from one farm, significantly affects depth of flavour and texture producing a unique cheddar with character to behold! We’re thrilled to have awards for our complete age range of cheeses.

The Best Cheese For You

We don’t make cheese specifically for competitions. Our ethos means that the cheddar you buy from us, is through and through the same as our award winning cheeses, so the best of the best.

Awards are not automatic!  They are perhaps the one time the cheese professionals get together and taste and compare cheeses from the regions, from the UK and ultimately from all over the world.

The cheeses that win prizes and accolades at this level are truly exceptional and showcase a thriving resurgence in traditional cheesemaking. So when we accept an award, it is with pride and honour that we can say, this cheese is exceptional!

In 2015 we were SALSA approved. [Safe and Local Supplier Approval]. This involves an independent annual audit of our Quality Management Systems and is highly regarded within the British Food Industry.

Every year we strive to improve quality and, some believe, a good measure can be found in the Cheese Competitions, particularly The World Cheese Awards, The British Cheese Awards, The Global Cheese Awards and some of the West Country Shows. Every year we enter these competitions and are proud to compete with the more famous and much longer-established Cheddar Cheese expert Families. (A full list of our awards dating back to 2005 is available if you’re interested!)