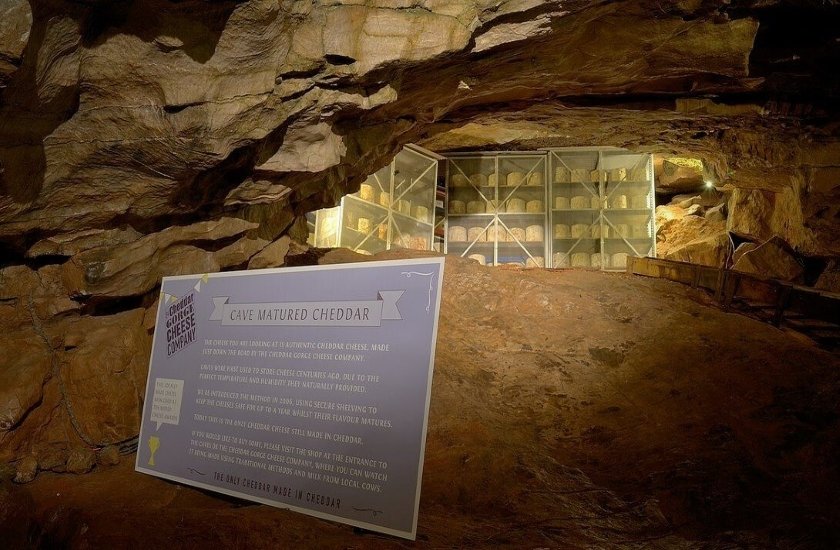 A BRIEF HISTORY OF CHEDDAR CHEESE

There are many stories (some more believable than others) about how cheddar cheese originally came into being. There’s the one about the milkmaid who left a bucket of milk accidentally in the Cheddar Caves. She allegedly came back to find it had transformed into something more interesting! What is certain is that cheesemaking goes as far back as the Ancient Egyptians.

Some key facts, however, are not in doubt. The land around the village of Cheddar has been at the centre of England’s dairy industry since at least the 15th Century, with the earliest references to cheddar cheese dating from 1170.

With the absence of refrigeration or adequate transport, the problem of what to do with surplus milk was solved by turning it into cheese. Cheesemakers discovered that if you pressed the fresh curd to squeeze out the moisture, the cheese lasted much longer. This method of cheesemaking along with other refinements was perfected in the Cheddar area, and so the first authentic Cheddar Cheese was born.

Many farms in the area would have made their own cheese. This was often work undertaken by the women and very much a hands-on, laborious process. Cheeses were much bigger than today! 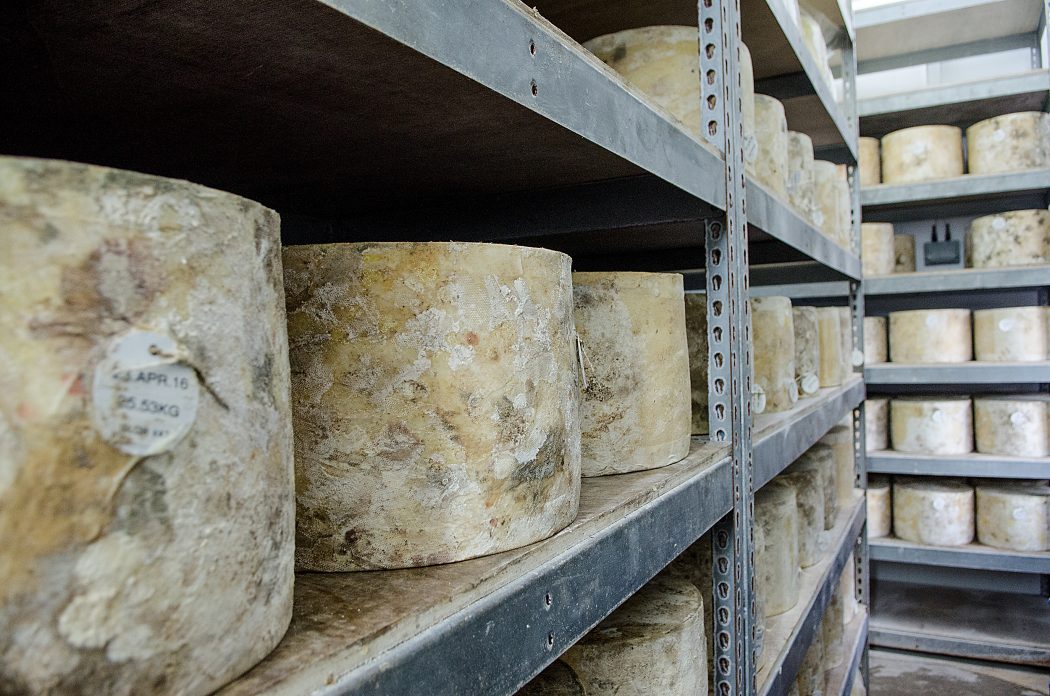 When Charles I was on the throne, demand outweighed supply so much that cheddar cheese was only available at the King’s court, and even then you had to pay ahead –  before the cheese was made.

Scott of the Antarctic took with him 3500lbs (nearly 1600 kg) of cheddar made in Cheddar on his famous expedition in 1901.

Originally the cheese had to be made within 30 miles of Wells Cathedral to be able to be called cheddar.

Queen Victoria was given a giant wheel of cheese weighing 1000 pounds as a wedding gift. 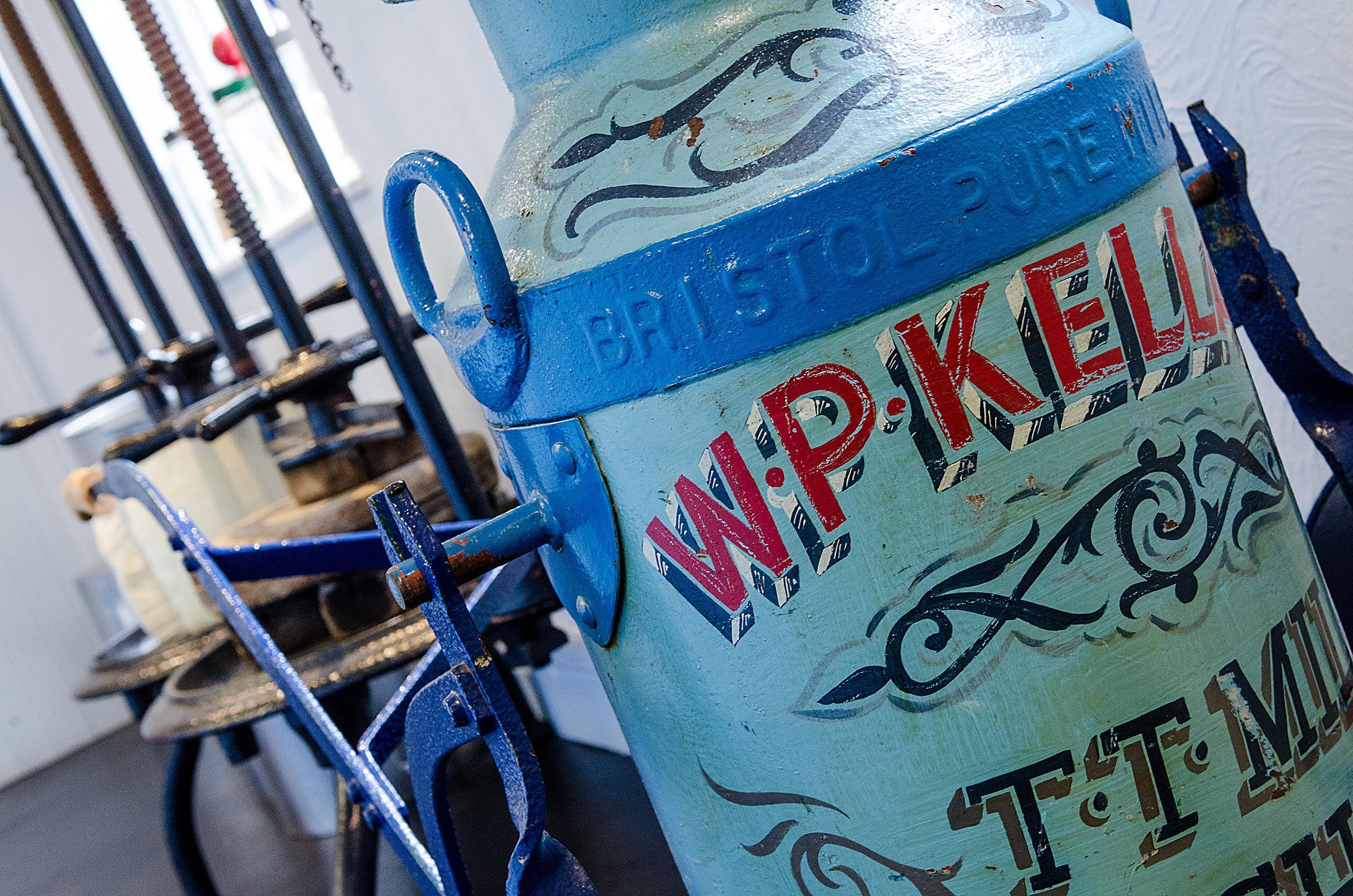 During World War 2 all milk production was taken under the wing of the British Government and with it cheese production became standardised and known as ‘Government Cheddar’. And so began the decline of traditional cheddar making in the regions. Industrialised cheddar became the norm and many of us grew up not knowing the real taste of genuine cheddar cheese.

However, the tide began to turn with the rise of the artisan cheese maker. The Cheddar Gorge Cheese Company is a prime example of a cheese producer leading the resurgence of the most famous cheese in the world.

Where we are today…

A truly Traditional Cheddar Cheese should be:

Made from unpasteurised milk taken from cows grazing in the lush pastures surrounding Cheddar in Somerset. The pastures influence the milk and the milk determines many of the key characteristics of the cheese.
Made and ‘cheddared’ by hand using the cheesemaker’s skill and experience rather than a mechanised process.
Matured in cloth for up to 24 months to produce a rind and, more importantly, to allow the gradual change in texture of the cheese to take its effect on flavour development. This happens differently in vacuum packed, plastic-matured cheese.
Here at the Cheddar Gorge Cheese Company, we continue to make cheese in this way and are alone in keeping the traditional art of Cheddar making alive in the heart of the village of Cheddar. We are the only producers of cheddar cheese in the Village of Cheddar, and so, by definition are the only authentic cheddar cheese makers remaining. 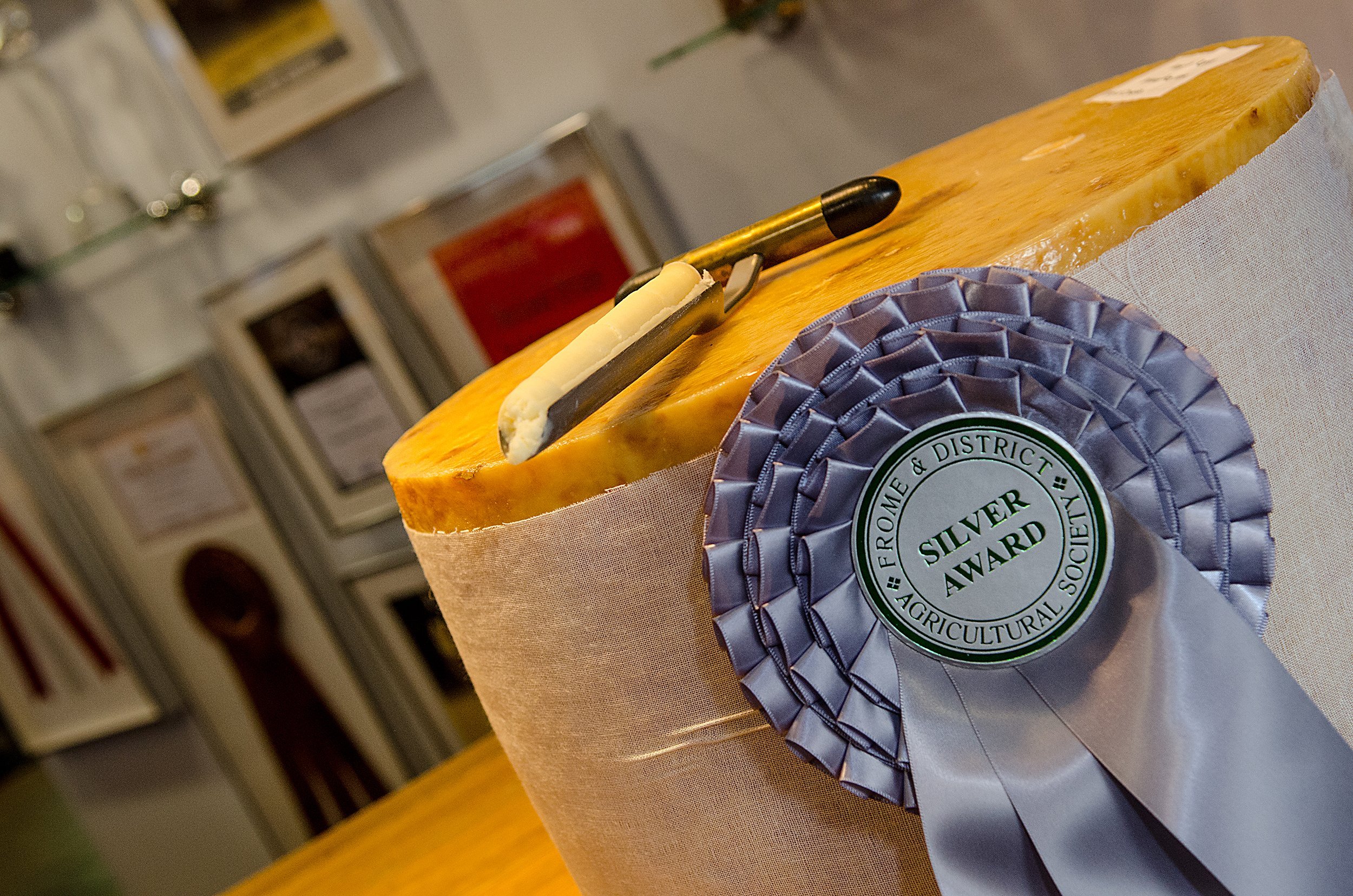