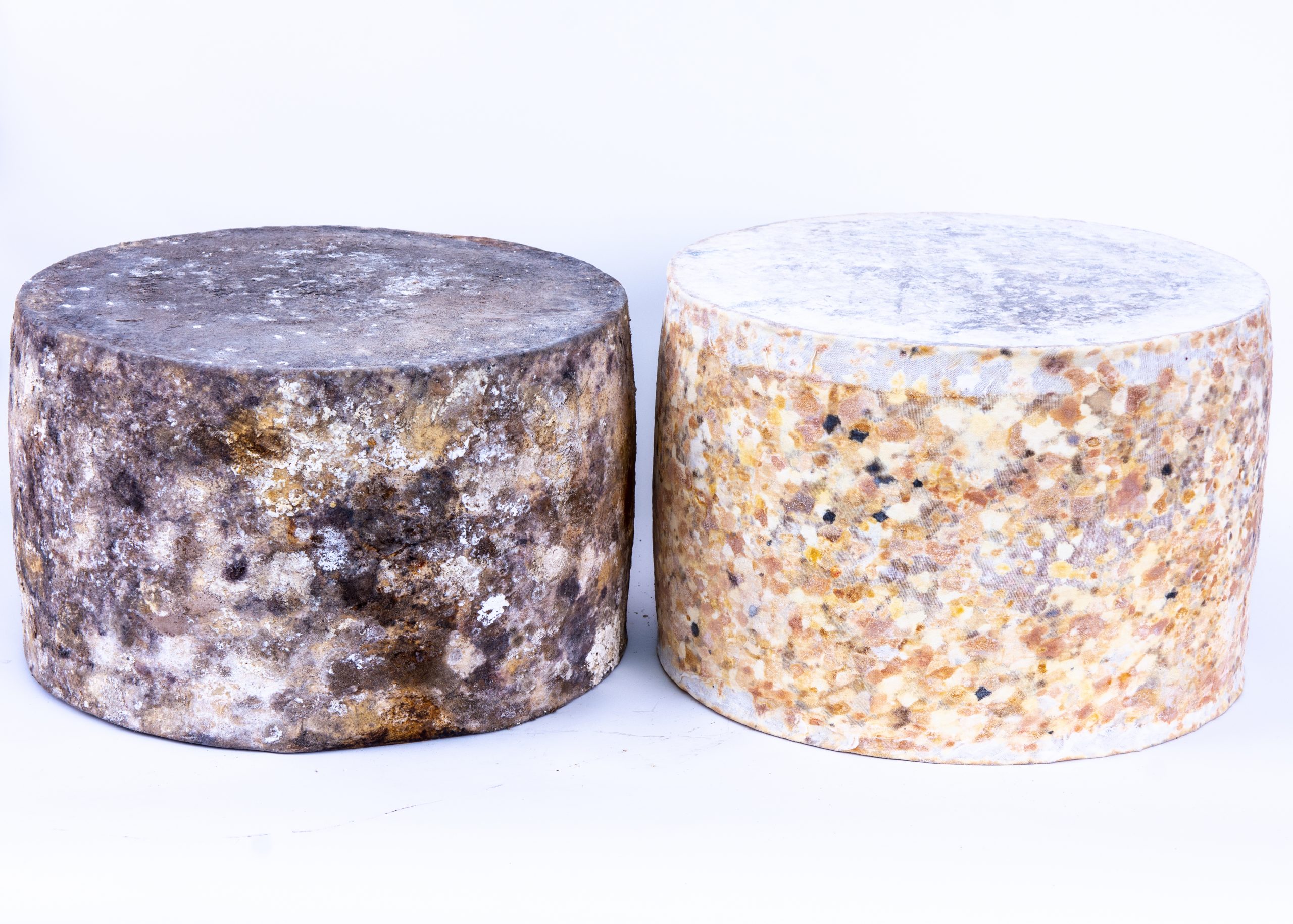 Cheese is one of life’s pleasures, as addictive as narcotics, but thankfully much better for us.

Professor Tim Spector, author of The Diet Myth, has a theory that the French are slimmer because they eat funky cheeses full of good bacteria that are vital for a healthy digestive system.

Can I eat the rind?

It’s a common conundrum and a question that we come across on an almost daily basis here in our shop and visitor centre in Cheddar Gorge. The simple answer is yes, although some cheese rinds are more palatable than others. Although they may be edible, not all rinds are made equal; whether or not you like the rind will come down to your personal palate.

Rinds, simply put, are the outside layer of a cheese which develops during the aging process; our traditional cheddar has a natural rind which develops through evaporation of moisture through the traditional cloth with which we dress our cheese. This thin crust protects the internal body of the cheese or paste, prolonging the life of the whole cheese. The cheese rind will also host vital moulds and microorganisms which contribute hugely to flavour. Left to their own devices, cheese will naturally form a rind, although in the case of some cheeses the rind is influenced by the cheesemaker. There are many different types of rind such as mould ripened, brine washed and pierced. 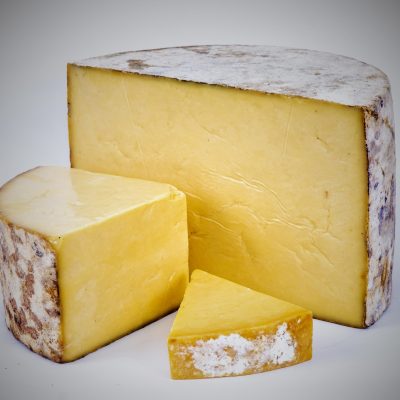 traditional cheddar has a natural rind

Natural rinds have the least amount of intervention. Traditional Cheddar is matured in cloth, allowing the cheese to ‘breath’ whilst it ages, exposing it to the all-important microflora and humidity that plays such an integral part in the overall flavours and textures of the cheese.  Sadly, the majority of Cheddar style cheeses found in today’s market are aged in plastic film or other protective coatings such as wax, which prevents rind formation, so it’s not so surprising that many of us have never encountered a Cheddar rind before. 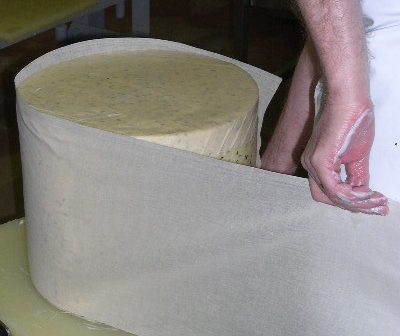 Most rinds are edible and will enhance the cheeses overall flavour. The natural flavours of a cheddar rind reflect its aging environment – mushroom, earthy or even a subtle nuttiness – its nature’s compliment to the paste of the cheese and its always worth sampling a small portion to see what flavour, if any, the rind adds to your cheese eating experience. Take a little nibble of cheese with the rind and let your taste buds guide you. If the flavour and texture of the rind enhances the experience of eating the cheese, then go for it!

Some of us enjoy eating the rind just as it is, but if not, then don’t worry – the harder almost chewy texture of cheddar rind (particularly long-matured cheddars) isn’t to everyone’s taste – but once you’ve finished eating the good stuff, resist the temptation to banish the rinds to the compost bin and give it a new lease of life as a flavour-boosting addition to some of your favourite dishes instead.

The rind can be simply grated onto pasta dishes like spaghetti Bolognese or sprinkled over al-dente vegetables or try crisping thin slices of rind in the grill or cutting up into cubes and frying to serve with soups instead of croutons. Your cheese rind can also be used to add extra savoury flavours to soups, stews and sauces – simply add the rinds as you would a bay leaf and fish out what’s left before serving.

If you have a little more time to spare, cheese rind works wonders as a stock, adding an extra depth of flavour which can be used as a rich broth for soups, hot pots, pie fillings and casseroles or a base for risottos, pan sauces or even braising meat and vegetables.

This savoury broth can be made ahead of time and kept in the fridge up to 3 days before using or freeze in small batches for up to 3 months. 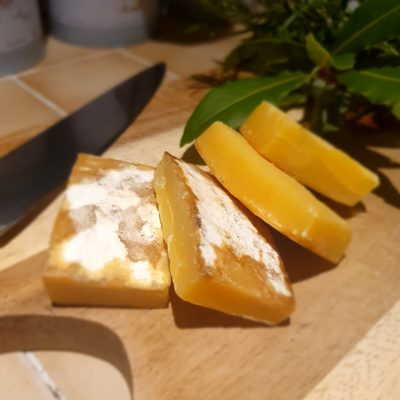 * Add a bunch of thyme, several sprigs of parsley and couple of bay leaves and a tsp of black peppercorns (You can add a generous glug of white wine at this point     if you wish, bring to a simmer and allow to cook until the liquid is reduced by approx. half)

* Add your cheese rinds and top up the pan with water and any vegetables you like – celery, carrots etc… bring to the boil over a high heat 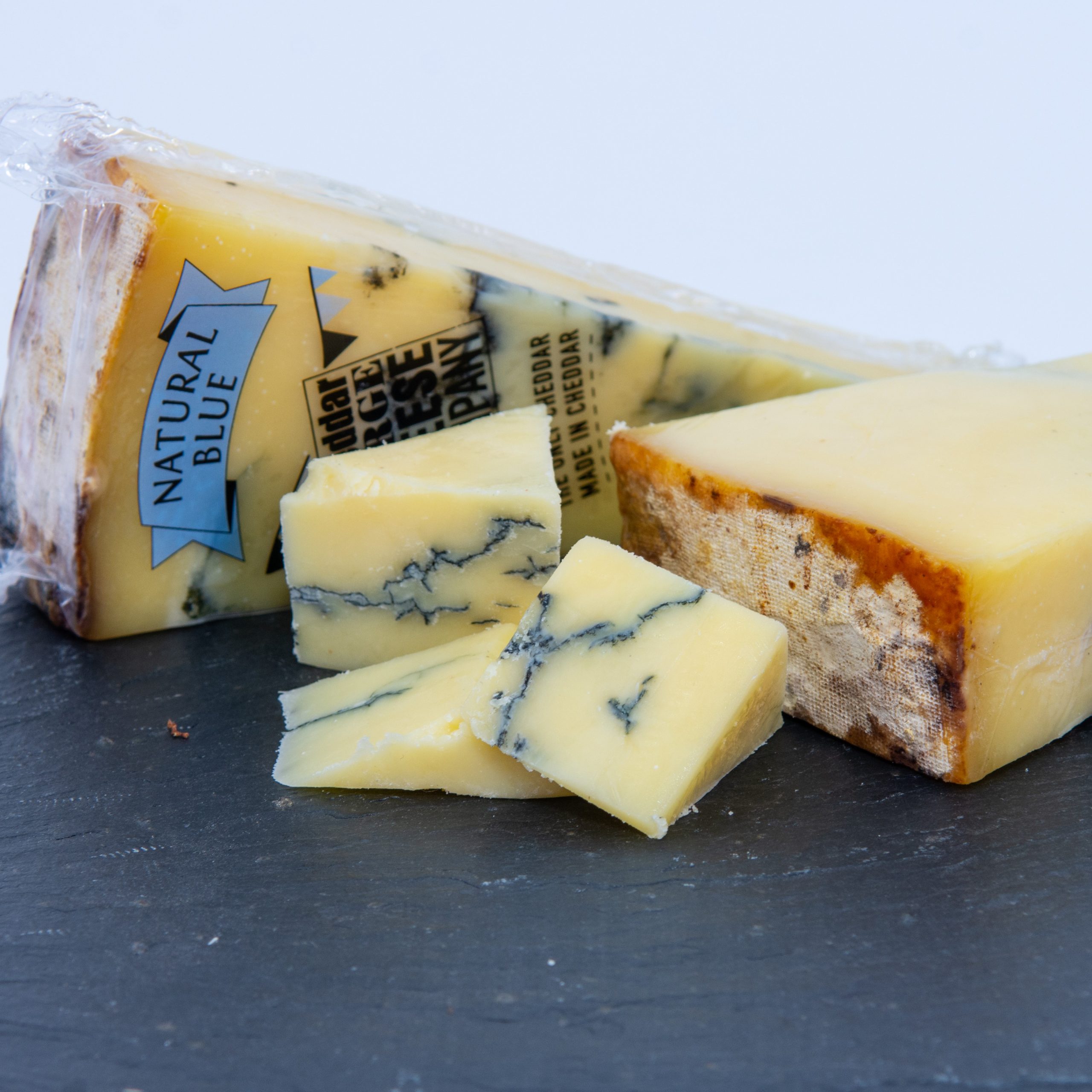